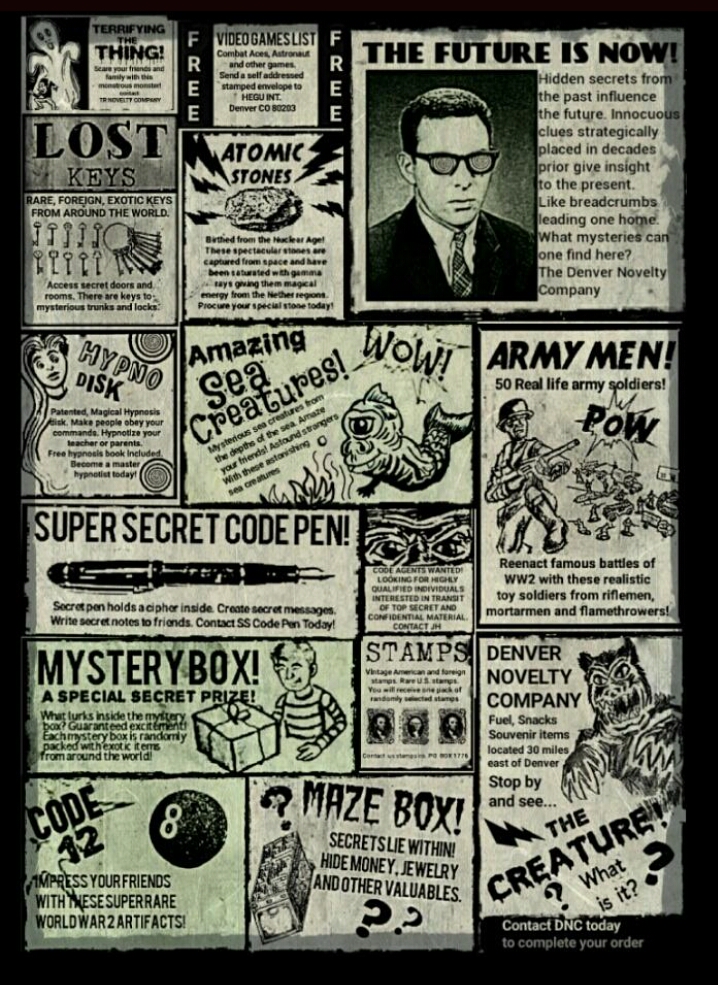 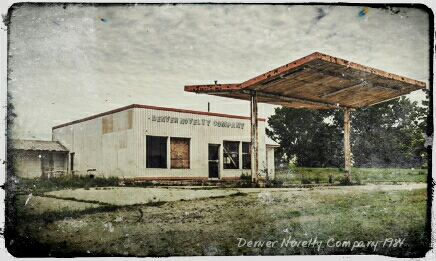 The Denver Novelty Company was founded in 1962 by John Harrison. It began as a roadside attraction/ gas station. It’s main draw was a secret creature it held in a cell located in a basement behind the main gas station. The mysterious creature was hailed as a mutation, an abomination of the atomic age. During the 60s tourists entering Colorado from the east on Interstate 70 were greeted with many billboards advertising the frightful beast. It was quite a popular attraction. Of course the creature was not real and people said the creature was some kind of taxidermy experiment of a bear mixed with other animal parts. Attendance began to drop sharply in the early 70s causing Harrison to look for alternate income. So he turned to Novelty Items. Over the next decade DNC sold the type of kitsch novelty items you'd see advertised in comic books of that period .  In 1978 a fire destroyed the warehouse and the entire stock of novelty items. DNC went out of business in 1979 and the gas station closed a few months later. John Harrison soon after sold the land and moved to California. 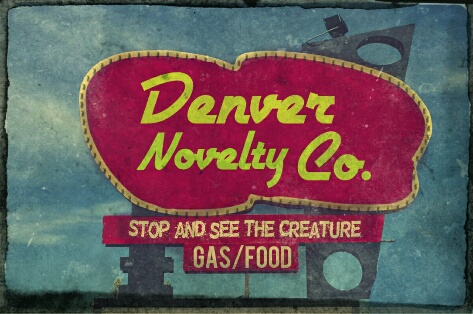 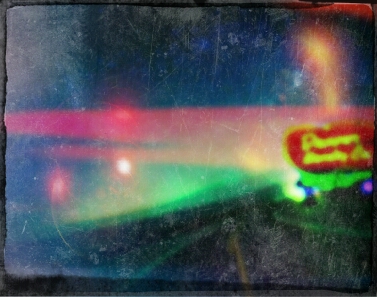 This was the original sign that welcomed drivers along I- 70.The neon sign would illuminate to a brilliant yellow at night, creating an eye catching attraction for drowsy drivers.

The Denver Novelty Company today is an intermagical creative entity rooted both in the past and the future. DNC was formed in the early 1970's to sell kitsch novelty items to kids while simultaneously not existing at all.  DNC currently creates immersive and intermagical works intended to provoke feelings for a moment.

Thank you for stopping by